Questions have been abundant and we know you are eager to learn more about the future of Project Cosplay.

As of now, event staff is working together to get the 2019 dates confirmed so everybody can start planning. Please note, there will be open ticket sales for cosplayers, a form for photographers to apply to attend, and options for sponsoring just as there was in years past.

Why has Year 3 taken so long to put together? There’s a number of changes happening, especially behind the scenes. Project-Nerd, LLC is no longer running the event and will only be participating as a non-liable partner in a consulting capacity.

But everything is coming together now, and exciting news is around the corner. Stay tuned.

This year’s Project Cosplay starts today (Friday). The even lasts all weekend (February 3-5) and tickets are available at the door.

If you are looking to collaborate or get up to the date information, please visit the open Facebook Group here: https://www.facebook.com/groups/722941037831948/

If you are monitoring group shoots and events, the calendar will remain updated throughout the weekend here: Google Calendar

Project Cosplay is pleased to welcome Red Rocks Community College Theatre Arts and Dance Department as a Sponsor for the event.

The department’s mission is to provide students with expert hands-on training paired with in-depth scholarly study. The Theatre Arts and Dance Department achieves this through courses offered in multiple areas of performing arts, award-winning productions, and job-skill training opportunities for students who are interested in personal enrichment or pursuing a professional career in theatre.

The program offers certificates in Costume Basics, Costume Applications, Costume and Fashion as well as an Associate of Applied Science in Theatre Technology Degree with an emphasis in Stage Costuming.

Red Rocks Community College Theatre Arts and Dance Department will be sponsoring the provided suite that will allow for additional shoots and a changing area to take place. Without their support, those not staying at the hotel would have to change costumes in the bathroom as well as certain highly artistic photo sessions would not take place.

For more on the Theatre Arts & Dance Department of Red Rocks Community College visit there website at http://www.rrcc.edu/theatre-arts-dance. 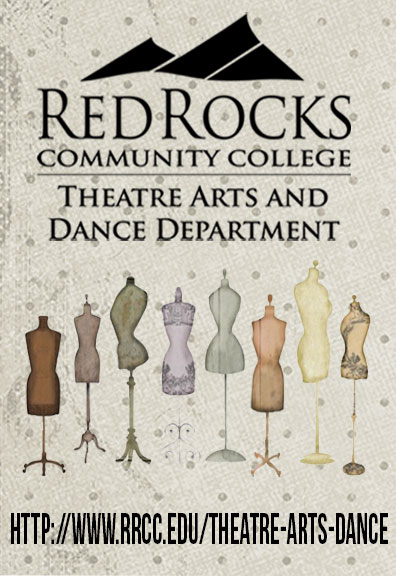 Project Cosplay is pleased to welcome Werks 3D as a Sponsor for the event.

Werks 3D is a 3D printing company that offers Skanü3D Full-Body 3D Scans and specializes in serving the cosplay community. Located out of Colorado, Werks 3D has been at a number of shows across the Denver and Colorado Springs area and continues to create great 3D models of the cosplay community.

The team from Werks 3D will be on hand to get full body scans of all the cosplayers in attendance and offer great prices on awesome 3D printed models. Werks 3D will also be sponsoring the Iron Cosplay Challenge and The Create Your Own Character Contest. The winners will be awarded with free 3D medals as well as bragging rights.

For more on Werks 3D visit www.Werks3D.com and talk to the team at Project Cosplay.

Project Cosplay is pleased to welcome I Want MORE Comics as a Platinum Level Sponsor for the event.

I Want MORE Comics is a local comic store in Denver, Colorado located at 1020 W. 104th Ave Northglenn, CO 80234. The team loves comics and pop culture and the people who love them too.

I Want MORE Comics will have their information present but will not be setup as a vendor. But the store is open 10 AM to 7 PM everyday, and its close enough to the even you could check it out during the event weekend.

Project Cosplay is proud to present a gaming and social area for year two, hosted by Chaos Collectibles.

The Chaos Collectibles’ Gaming Arena will be available during the entire weekend from 9 AM to 5 PM and will feature multiple areas to play games, hang out with friends in between shoots, and relax with a cold drink.

Attendees are encouraged to bring their own games, specifically table-top and card games as there is no guarantee as to what games will be available. Table space will be made for multiple styles of games and there is a possibility video games will be setup as well. If enough interest is generated, Chaos Collectibles will help host tournaments or one-off challenges.

Chaos Collectibles offers some of the coolest and rarest geeky collectibles and will feature a full booth in the gaming room. Attendees are encouraged to shop and support the brand that will also be hosting the activities in the Gaming Lounge throughout the weekend.

For suggestions on games, memorabilia, or anything else relevant to the Chaos Collectibles’ Gaming Arena please send us a message on our Facebook Page or start a thread about your preferred activity in the Public Facebook Group.

Project Cosplay and Project-Nerd Publishing present the Create Your Own Character Contest.

Participants are encouraged to create a custom character (non-existing) that would be part of a new fictional universe created by Project-Nerd Publishing and the Initiative Production Group where random people across the world are gaining super powers with no explanation.

Participants will have as much time necessary prior to the event to create their own character, costume, powers, and origin. All participants then will wear the costume and present it to a to-be-named panelist of judges that will include Project-Nerd Publishing leadership and costume experts on Saturday, February 4th at 5:00 PM.

The character that participants create should be completely original and not associated with or designed after any existing superheroes from any current publication. The costume would need to be a complete design with the participant explaining the origin of the character, along with their superpowers, and how the costume lends to their new found abilities.

All participants will be rewarded a professional photo gallery of their new costume.

Project Cosplay
Create a free website or blog at WordPress.com.